Citizens’ participation in the governance of a nation begins with their engagement of duty bearers at the local level. If the voice of the masses isn’t heard at local governments, it stands little chance of being carried to the federal government.

The 1st Birnin Magaji town hall meeting themed “The Role of Citizens in Reviving Local Government Functions and Governance” was graced by dignified members of the locale. The meeting urged citizens to shift their mindset from focusing only on what the government can do for them to thinking in terms of collaborative efforts from both the government and the people.

Through these discussions, resolutions were reached to make governance within Birnin Magaji more democratic. Duty bearers were tasked with leading the people with honesty and trust. Citizens were further encouraged to show their participation in government by writing letters to those in offices, running for offices, donating money to community projects, participating in elections and committee meetings. 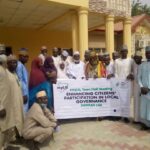 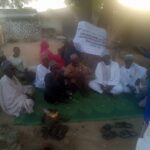