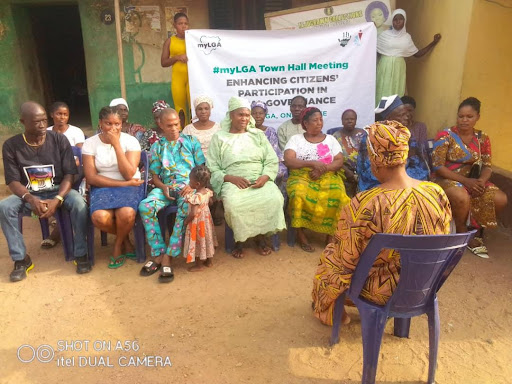 The town hall meeting was aimed at educating the citizens on the constitutional roles of local government officials. The meeting also provided a platform for people to ask questions on matters that affect them, strengthening the capacity of citizens to advance government accountability at the local government level.

The meeting was had in attendance the women representatives from the church, mosque, and interested community members. The women commented about the lack of drugs, equipment and shortage of personnel at the basic health centres and primary healthcare centres in the local government most especially in the rural settlements. The issue of insecurity among women farmers was also raised and pleaded with the local government chairman to come to their aid as many could no longer go to their farms for work and harvest anymore.

In conclusion, the community journalist encourages the women to register and get their PVC so as to be able to vote in the forthcoming election where new leaders will be selected to represent them. He also told them to use their various unit to promote peace and demand accountability and transparency in governance at the local government level. The women appreciated the initiative and requested more of such forums to enable them to articulate their voices.