The town hall meeting was aimed at educating the citizens on the constitutional roles of local government officials (political office holders). The meeting convened community members in Mayaki Ndajiya Community in Bida Local Government Area of Niger State and in the long run, it provided a platform for people to ask questions on matters that not only affect them but also affects their community. Above all, it strengthened the capacity of citizens to advance government accountability at the local government level.

This was followed by a welcome remark by the Community Leader – Mayakin Nupe of Efu Mayaki Ndajiya Community in Bida Local Government Area of Niger State, who was ably represented by his Secretary, Mall Ladan Mohammed. Mall Ladan Mohammed in his opening remark appreciated all the community members for turning out to be part of this engagement in spite of the short notice. He further extended his appreciation to Mall Dauda Usman – one of the stakeholders in the Meeting for his tremendous contribution to the community. He relayed that Mallam Dauda Usman has been steadfast in the community by regularly bringing meaningful and developmental initiatives to the community. He then capped up his salutation by appreciating the supporters of the project and expressing optimism that this engagement will be fruitful. The Secretary after conveying the message of the Mayakin Nupe urged participants to think of how they can contribute to the betterment of the LGA and the State rather than relying solely on what the state can do for them. He emphasised the importance of trust, honesty, and modesty in governance, enjoining citizens to elect leaders who are known to be fair and just.

On the purpose of the meeting, the CJ covering Bida LGA – Mall Shehu Ahmed Baba relayed the objective of the programme to the participants and the essence of the meeting. In his submission, he stated that the project titled #MyLGA, led by Enough Is Enough Nigeria (EiENigeria) and co-ordinated by the Initiative for Social Development in Africa (iSODAF) is aimed at bringing governance closer to the community/citizens, promoting transparency, accountability, and responsiveness in local government administration. He also shared that the idea for this intervention came when it was discovered that the majority of citizens were unaware of the names of their representatives, what is expected of the local administrators and above all, the challenge citizens encounter in having access to local executives.

The keynote address was given by the Former State Youth Leader who is currently a principal stakeholder in Niger State Youth Council and an advocate and vanguard for Youth – Mall Dauda Usman. In his keynote address, he stated that the empowerment programme directly impacted more than 300 youths including women’s reproductive health in Bida Emirate Council of Niger State. He further added that this led to his conviction that the current project will of course be of tremendous support to not just the Community and the LGA but the State and the nation at large. He urged participants to be attentive and contribute meaningfully to the deliberation. He concluded his keynote address by reiterating that the programme is specifically on elected representatives  at the LGA level – the Counsellors and Chairman of the LGA 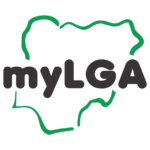